Commonwealth Pageants South Africa (Pty) Ltd is the official licence holder for  the Mrs Universe South Africa and Mrs Universe Africa titles. The winners will be competing at the biggest international Mrs pageant, Mrs Universe in China in December. The pageant creates awareness around Domestic Violence & Abuse. It will be first time a Grand Finale will be hosted in South Africa to crown a South African and African delegate to take part in Mrs Universe. Every year 80 countries compete for this coveted title.

The Grand Finale at The Roodepoort Theatre on 28 September will be a spectacular event not to be missed! 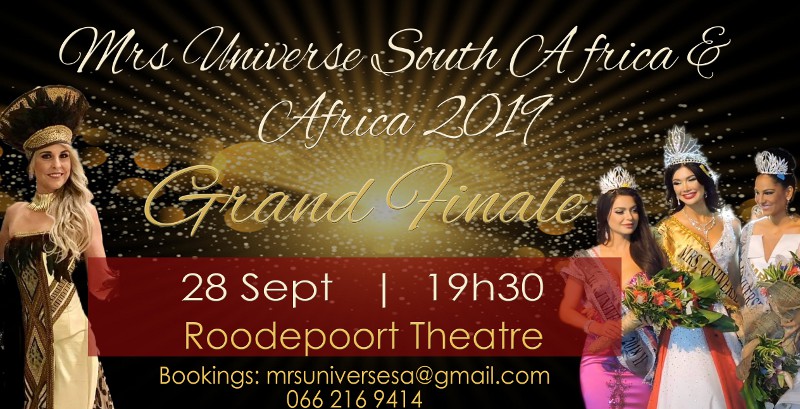