The Johannesburg WA Mozart Choir (WAM) proudly presents THE MIKADO from 6 to 8 July 2018 in the Roodepoort Theatre. THE MIKADO remains the most successful and widely performed of Gilbert and Sullivan’s comic operas. Set in an imaginary Japan in a remote period, the story was described by Gilbert himself as a satire on the failings of the British Government of the time, and certainly makes sharp comment on British society of the era. William Beatty-Kingston, a contemporary critic, noted that the show’s humour depends on ‘unsparing exposure of human weaknesses and follies’, which might go some way to explaining the show’s longevity and enduring popularity.

Directed by WAM Musical Director Carel-Johan de Graaff with set and costume designs from award winning Standard Bank Young Artist of the Year 2016 for Theatre Jade Bowers, the production will feature Donae Brazer with Neil Stander as Yum-Yum and Nanki-Poo. We are delighted to have Dirk Venter singing with us again in the title role. Accompanied by the outstanding WAM Orchestra, supporting roles will be performed by members of WAM.

In typical convoluted style, the storyline revolves around the love interest between Nanki-Poo and Yum-Yum. Naturally Nanki-Poo is not all he seems, and Yum-Yum must marry Ko-Ko, her guardian. Ko-Ko has problems of his own, as he must perform his duties as Lord High Executioner or face the chop himself. Katisha, a woman simply furious at being scorned and hell-bent on avenging her broken heart, complicates matters even more. The arrival of the Mikado, congenial and bloodthirsty, brings matters to a head.

Shows will run at 19:30 on Friday 6 and Saturday 7 July, as well as at 15:00 on Saturday 7 and Sunday 8 July. The production promises a fun-filled evening of glorious musical 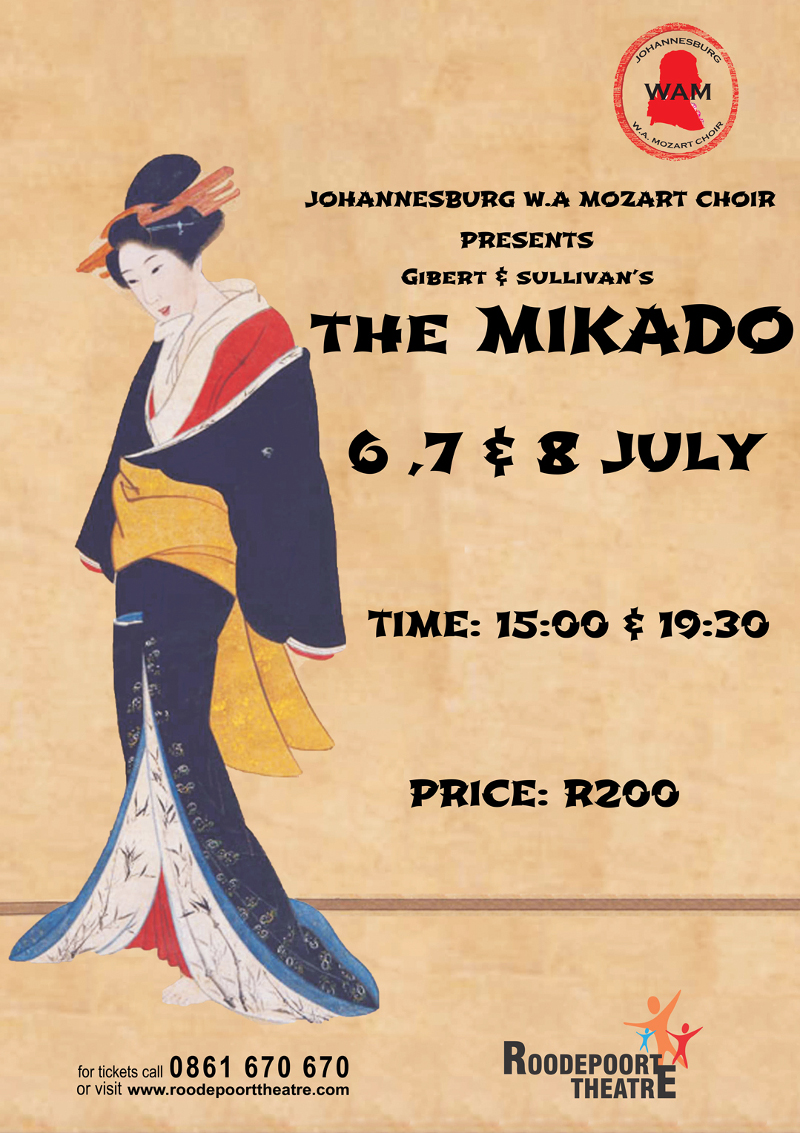